Our trip to legoland! 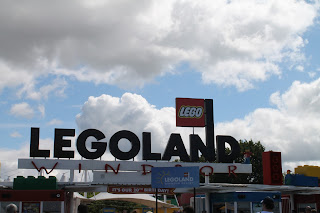 So few weeks ago August 7th/8th we went to Legoland for our little boys birthday. It was great and if your thinking of taking a trip then definitely do it!!

We booked direct through Legoland and we got a bargain! (I love a good bargain!!) We looked at national holidays to save us driving the 4/5 hour drive down to Windsor but it was working out around £500 just for the one night!! jeez luige! so as we was looking at other options the better half found a steal! 2 day ticket to LEGOLAND and a hotel with breakfast for £189!!

So we set off on our 4 hour journey from Hull to Windsor at 7am. We stopped at a service station half way for a cheeky little Macdonalds breakfast! quick toilet break and we was back on the road, we arrived at Legoland at 11.40 bit later then expected as we got caught in the football traffic as there was a big final playing at Wembeley but hey ho we was there and had a very excited little man!! 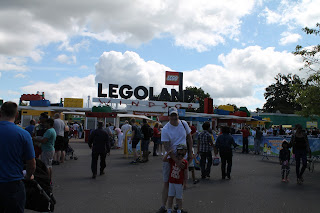 Wow it was busy!! Of course little A decides to wait right up until we step inside ready to wonder off to fill her nappy! and it would seen all the other babies in the park had the same idea!!

The park has all different little sections, The beginning, The land of the Vikings, Pirate shores, nexo nights, kingdom of pharaohs, lego city, adventure land, heartlake city (this was really girly) mini land, imagination centre and duplo valley. Each section roughly has 3/4 attractions and a few places to eat/drink.

There is the main lego shop at the beginning of the park but we was leaving this until we was on our way out so we could shop before we left the park, the shop does provide a shop and collect though.
Also at the front before you start walking down the huuuuuge hill (there is a hill tram) there's lots of little lego displays, these was really impressive! 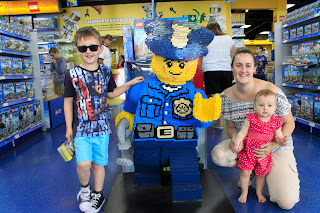 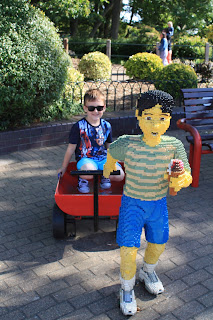 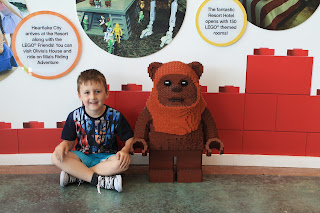 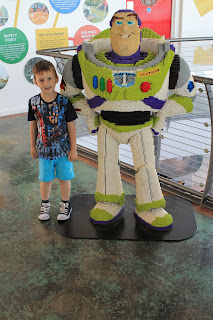 J asked if he could have the Buzz lightyear one for his birthday! 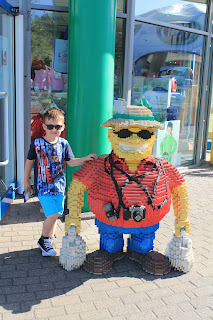 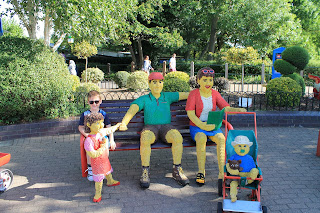 Now we had got a few photo's taken we went on to the rest of the park.

The place is big! First off we walked through the star wars walk through, I have never seen a star wars movie but the hubby was clicking away on the camera so I think he was impressed and little J kept running off and squealing so I think it had the thumbs up from him too! 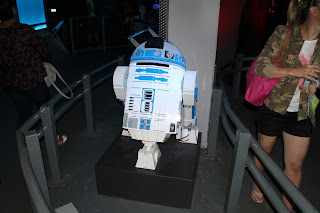 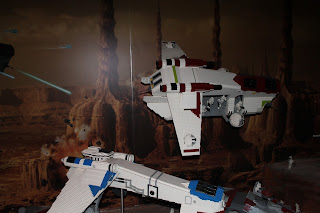 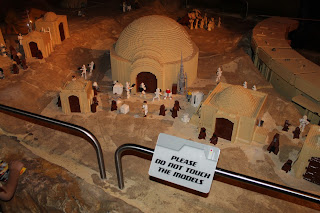 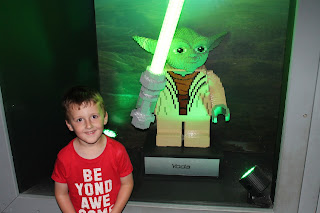 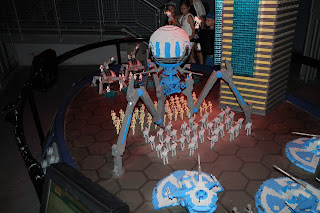 Told you the hubby got a bit snap happy! 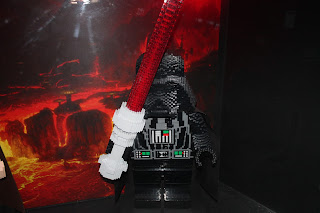 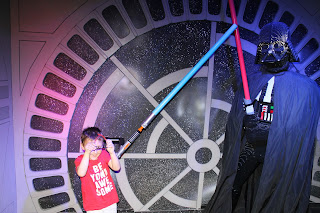 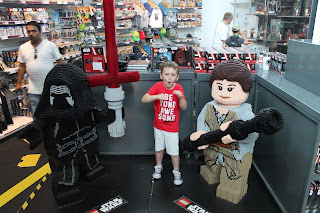 Next we had a walk around the Viking part of the park. This had a water ride which is like a river rapid type ride, the wait for this was 90 mins so we rode this the next day when it was nice and quiet! 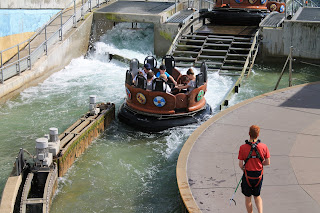 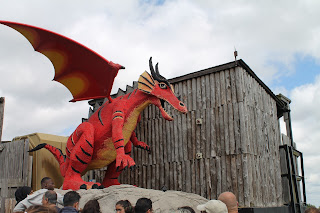 Next up we rode the spinning spider, there is lots of rides in this area (Viking area) but little J isn't one for rides! I know I know why take him to LEGOLAND if he doesn't like rides....well.... for the lego. 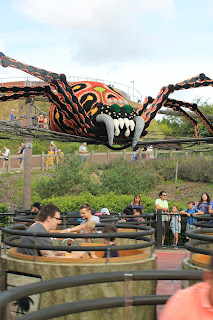 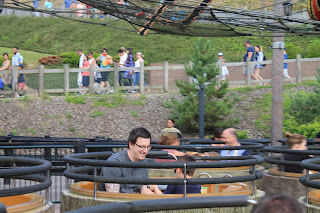 Then onto nexo knights, Now what happened next made me burst with excitement!!........... 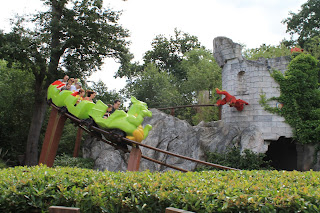 Yes that is a rollercoaster and look who's riding up front!......J!!!!
He rode his first rollercoaster! the Disney alarm bells started ringing in my head..."hes rode a rollercoaster hubs so he will now ride everything in wdw, lets book"
hmmmm maybe I just got a little bit over excited!

There was a few more little rides in this area and a play park which was for older children id say ideally from around 6/7 unless you have an adventurous 4/5 year old.....I....don't!

Next was kingdom of pharaohs we didn't do much in this section as the rides was a little high and J is scared of heights... so just visited the shop and stopped for a little drink. The drinks are £3.50 each or you can get a kids bottle for £8 and its refillable all day, the only down fall is its filled with fizzy drinks! 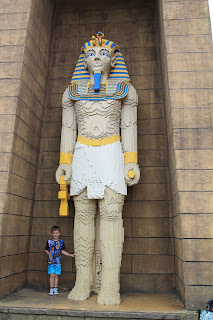 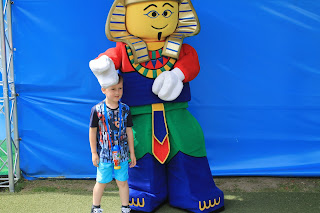 Next was lego city which was J's favourite There was lego powered boats and the learn to drive experience in this part with the balloon ride and fire academy ride.
My camera started to die at this point so didn't get any photos but we are in the middle of editing our video of it all so ill share that once that's done.

We didn't really spend much time in Heart lake city as it was really just for girls which is a really good idea as the rest of the park is very suited to boys.
We sat in this part and had an icecream to cool down a little as it was a very hot day! so we decided to hop over to duplo valley and let him run around in the water play park which was really good! and we should of spent more time here but when we visited the next day it was a little too cool. 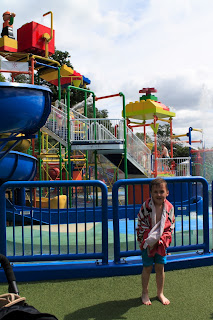 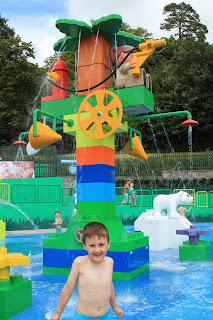 He loved the duplo valley and I think if we ever was to go again this would be where we would spend a lot of time!
Next we walked across to Mini land and the hubs was snapping away like crazy!! it was really impressive! 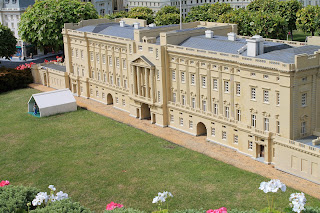 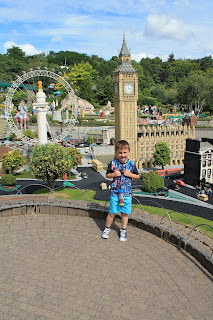 Next was Adventure land which was small but good, there is a submarine ride that feels like you go under the sea and the bottom is all glass and you bob along with the fish, sharks etc. J loved this and wanted to ride it again the next day. The other ride was a water jet ski type ride the que for this was again 90 mins so we missed this, people was coming off soaked though!! so be warned!

Lastly before we did a bit of shopping we visited Imagination centre, there's a few little places you can go in and make little models and have a bit of a play around, and theres a few rides, again joseph didn't do these as one was sky ride......sky......high.....J shaked in fear!! and the other was a swing type ride which u pulled and you went higher...again....height. So we went to the 4d movie theatre. This was really good, ill be honest im a Disney freak and I compare everything to WDW so I instantly hear 3d/4d and think of shrek, and philamagic hmmmm how can this compare! well it was really good and J loved it I wont babble on too much as it will spoil it for anyone that goes but the place was really quiet when the rest of the park had 60/90 min wait times so I'm guessing people either don't really know its there or its not very popular but It really needs to be its great!

We all started flagging from the heat and the 4/5 hour journey and we still had another day pass as our tickets was 1 day + 1 day free so we left the park around 5.30 to go check into our hotel for the night, and we planned what we was going to try the next day.

We stayed at the Holiday inn in Farnborough and when we arrived the charge was £169 for one night so we was even more happy with our price! The hotel was lovely although one room with us and two kiddies wasn't exactly fun but we went out for tea and swam in the hotel pool so we wasn't in it that long. We got up the next morning and had a lovely breakfast there was so much choice! We got to the park for opening and rode the rides that had 90 min wait times the day before and we just walked onto them so my tip is get there for opening!

It really was a lovely trip and if your kiddies are into LEGOLAND its the place to go! J loved it and I'm sure we'll be visiting again. 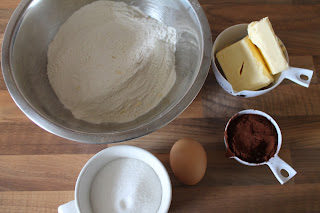 The nostalgia started last week when I was sat outside of Josephs classroom which is right next to the cafeteria, we was waiting at a parents evening when I smelt it... there I was minding my own business and bamm! I was taken back to 1990, sat in the dinner hall with my Michael Jackson hair and my oversized school cardigan sat opposite my best friend eating his own snot.

I was eating Chocolate concrete and pink custard for school pudding!!

I asked the hubby if he'd had the same flash back...

I knew then I HAD to make him some, he had to try it, how could he have already gone through nearly 31 years of his life without trying it!?

So this weekend I started on my blog series "old school puddings" and the one to kick it off has to be chocolate concrete and pink custard!

All you need to make this is 5 Ingredients.


First pre heat your oven to… 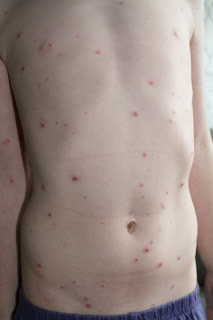 This week we have had Chicken pox!

This week our little boy has had chicken pox, it was spreading around his school like wildfire and last week there were 18 children off in his class alone! It was only a matter of time before he would come down with it but shit, I didn't realise how bad it would be!

People tell you about all their experiences but nothing prepared me for this week and seeing him in the pain he was in!